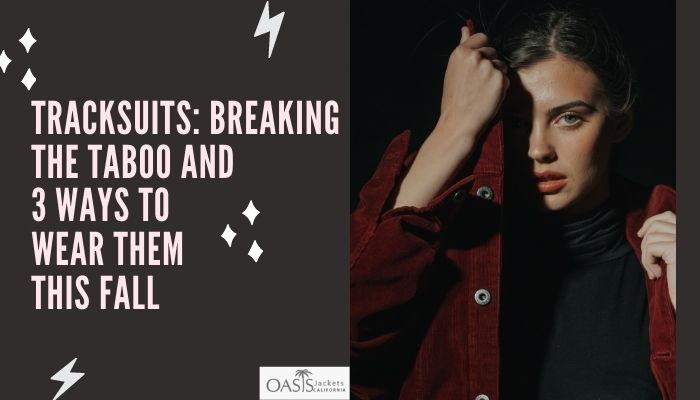 Considered to be the ideal wear when couch surfing, but these are the talks of a yesterday which none of us really remember. With the tracksuit trend coming back to the circuit, the reservation that grown men had towards wearing tracksuits has significantly ended, giving way to more possibilities.

What is all the fuss about?

Anything when overdone starts to taste sour. That is exactly what happened when people started exploiting tracksuits left, right and center. The comfortable versions where replaced by velvet counterparts that further showcased eye-numbing and blinding colors.

While the likes of Will Smith and Britney Spears were giving us fashion goals, some of them took it another level which led to massive distaste among the enthusiasts. Tracksuits slowly started fading into oblivion.

But then they made a comeback a few years back. Given everything, their comfort providing qualities was not unknown to people and they wanted to enjoy the easiness these sets brought with them.

Big brands and fashion names started venturing into the tracksuit arena and officially declared their love for them by featuring them as a part of their runway collection. Cheap tracksuits were also available with top manufacturers, making them available to the general public.

This time, however, there was a slight difference. The design remained the same, but the approach was subtle and more convenient. The tracksuits were designed in such a way that they could be worn individually as well. So be it the functional jacket or the relaxing trousers, tracksuits, in all entireties became a favorite once again.

How to wear them

Now there are millions of ways in which a tracksuit can be worn, but that is for the dare hearts. For those who are not so inclined towards experiments, here are three ways one can retort to.

Thus, with so much to offer, it is time to break free from the tracksuit taboo and embrace it. This autumn, make it your go-to item. Team jackets and tracksuits are available with the top manufacturers. They come in a variety of shades and textures.