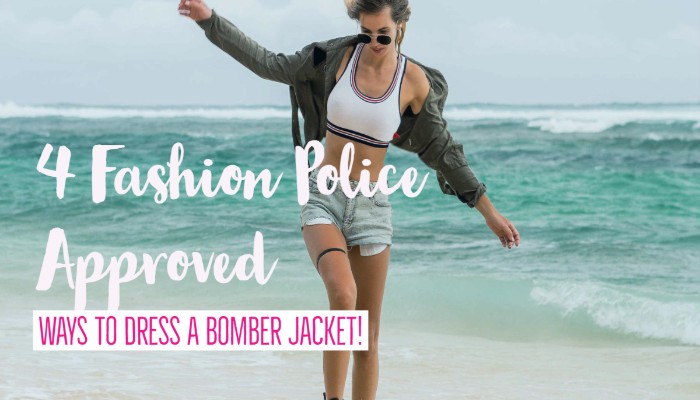 Introduced during the early 1900’s as a variation to another timeless piece of fashion, leather jackets, bombers have become a staple ever since. Originally used as a military outerwear, their potentiality did not go unrecognized as enthusiasts soon incorporated them into the elite fashion lists. They were popular during those days and they are popular now. There are numerous ways to style a bomber jacket, but the fashion police who have been sitting right there with keen eyes on the world fashion scenes prescribe a few ways. The ways are extremely stylish and fashionable which helps you make unique appearances every time. Seemingly, a bomber is very versatile and can be adorned for a number of occasions. However, focusing on four such situations, here is a list given below. Refer to it and bring about a massive change in your personal style.

Bomber jackets are casual in their principal design, which makes them a flawless pick for any such gatherings that shrieks of spontaneity. Team them with a pair of denims (in darker shades) and a plain white t-shirt to look the part. For a more dramatic approach, you can trade the white tee for a striped one. The bomber thrown over casually will give the ensemble a more effortless finish. A pair of white trainers will complement the outfit, while retro shades will sum up the appearance.

With their military background, bombers being worn as a part of formal attire are not completely negligible. They do have a slight conventionalize to their design, which lends their overall design a nifty finish. You can pick and combine your jacket with a semi-formal shirt and a pair of trousers. Make sure that the pants are wide-legged and come in a lighter hue in order to let the bomber stand out. A pair of boots worn under is perfect for footwear. Sport a monochromatic effect or opt for neutral colors, you are sure to emerge as a winner in the fashion department, impressing all your colleagues.

The juxtaposition of smart and casual

It can be tricky to find the balance spot between smart and casual, but if you do, there is nothing better than that. The key is to pick the right elements from both and blend them well to arise as a winner. So opt for a formal shirt to check on the smart category and a pair of jeans to fulfill the needs of the casual type. Combine them together, wear a pair of trainers and complete the look by throwing over the bomber jacket. For this particular approach, you can experiment with the texture of the bomber. Blank bomber jackets wholesale can be purchased from manufacturers who have a vast inventory on display.

This particular look has been gaining momentum for quite some time, thanks to the trend known as leisurewear. Highly comfortable and classically stylish, the sports lure approach to bomber is something that is worth the try. Team a simple t-shirt with a pair of joggers and slip into the jacket. That is it you are done for an ultra-modern stylish ensemble. Wear a pair of sneakers underneath to give it a more sporty finish.

In conclusion, bombers are versatile and exploiting them to the utmost to get the best looks is worth the try. Prominent manufacturers dealing with wholesale windbreakers and bomber jackets have a vast catalog on display that can be accessed by interested retailers on registering online. Discounts can be secured on bulk purchase.